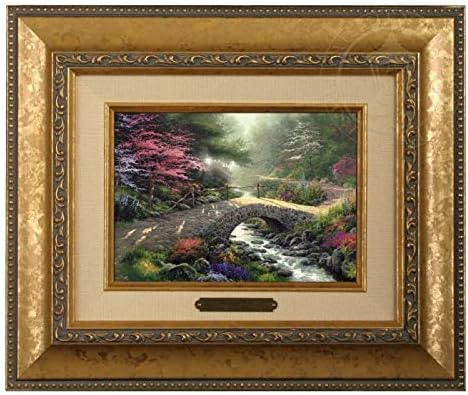 Each exquisite piece in the Brushworks Collection, framed in either Burl, Antique Gold or Brandy, is an elegantly crafted version of Thomas Kinkadeâs most beloved paintings. While retaining the same grandeur and charm of the original painting itâs smaller size makes our Brushwork Collection the perfect fit for an accent wall or nook.