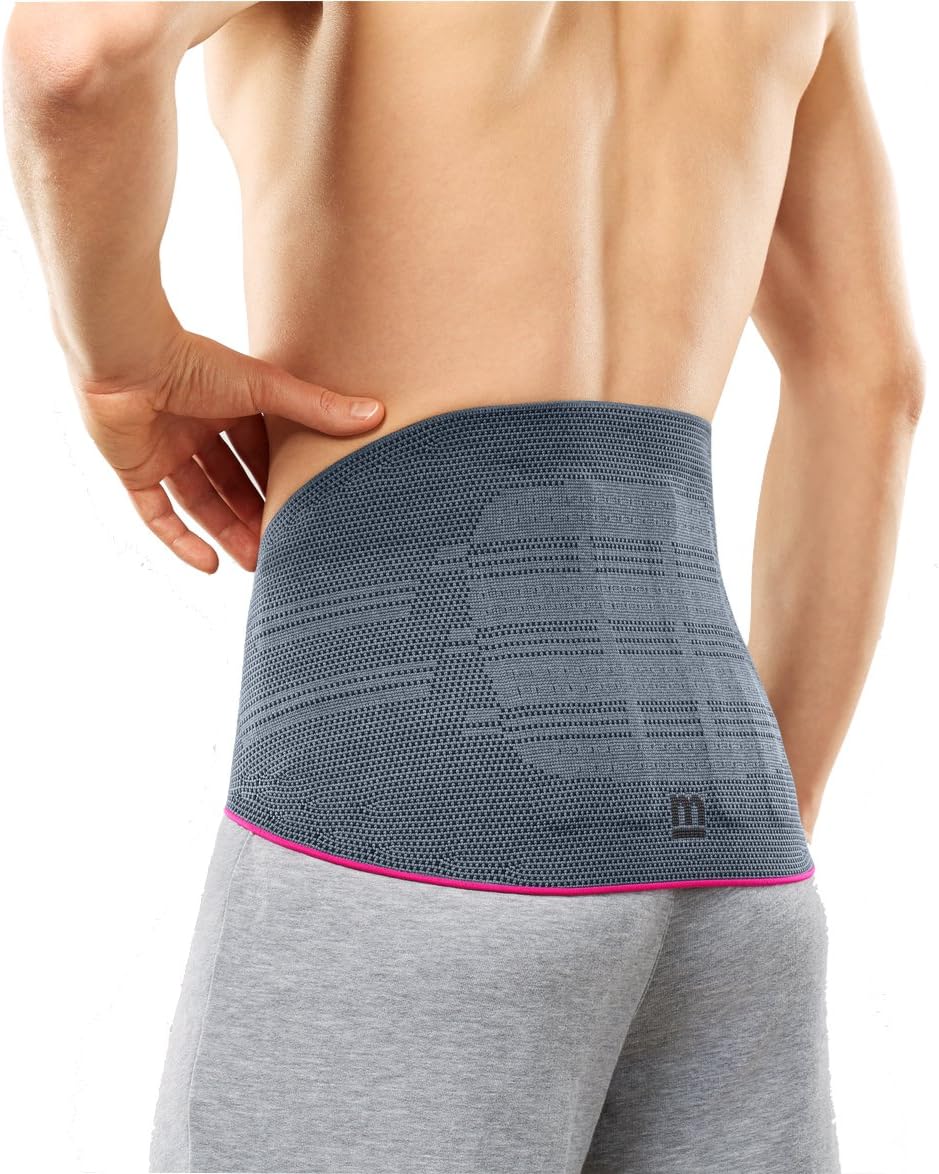 The Lumbamed basic back support assists your lower back and can slightly reduce lordosis. The 4 integrated, anatomically shaped dorsal spring ribs can be adjusted or removed to ensure perfect adaption to this region. The compression effect exerted by the support stimulates metabolism, reduces muscular tension and is aimed at easing pain.