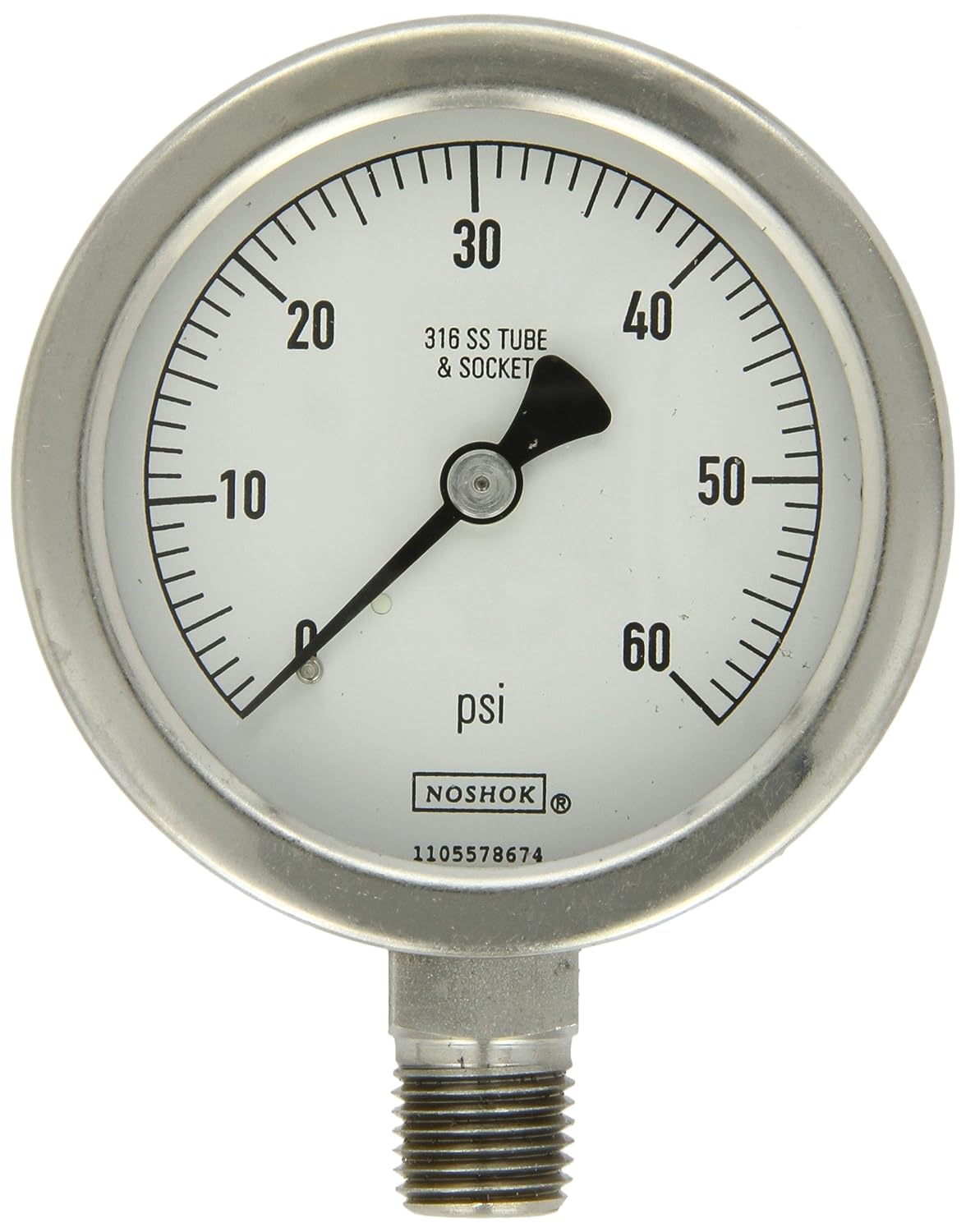 The NoShok 400 series pressure gauge has stainless steel 316 wetted parts, a dry, fillable, or liquid-filled circular dial enclosed in a stainless steel 304 case, a lower mount or center back male connection, and measures pressure with a single scale with an accuracy of + or - 1%, 1.5%, or 2.5%. The stainless steel 316 wetted parts and the stainless steel 304 case provide corrosion resistance. The gauge measures pressure with a single psi or Hg. vacuum scale. The dial comes in 1.5" (40 mm), 2.5" (63 mm) diameters, 4" (100 mm), and 6" (152 mm) diameters. The dial can be dry, dry/fillable, or liquid filled, depending upon the model. The specifications for each type of gauge vary according to the gauge size. The dial lens comes in three different forms of transparent materials for strength and clarity. The lens on the 1.5" and 4" diameter dials is instrument glass. The lens on the 2.5" diameter dial is transparent polyamide. The lens on the 6" dial is laminated safety glass. The dial is white aluminum with black markings and is UV resistant. The pointer type varies depending upon the dial size. The 1.5" dial has a black finished aluminum pointer. The 2.5" and 4" dials have a balanced aluminum pointer with a black finish. The 6" dial also has a balanced aluminum pointer with a black finish, and it is micrometer-adjustable.