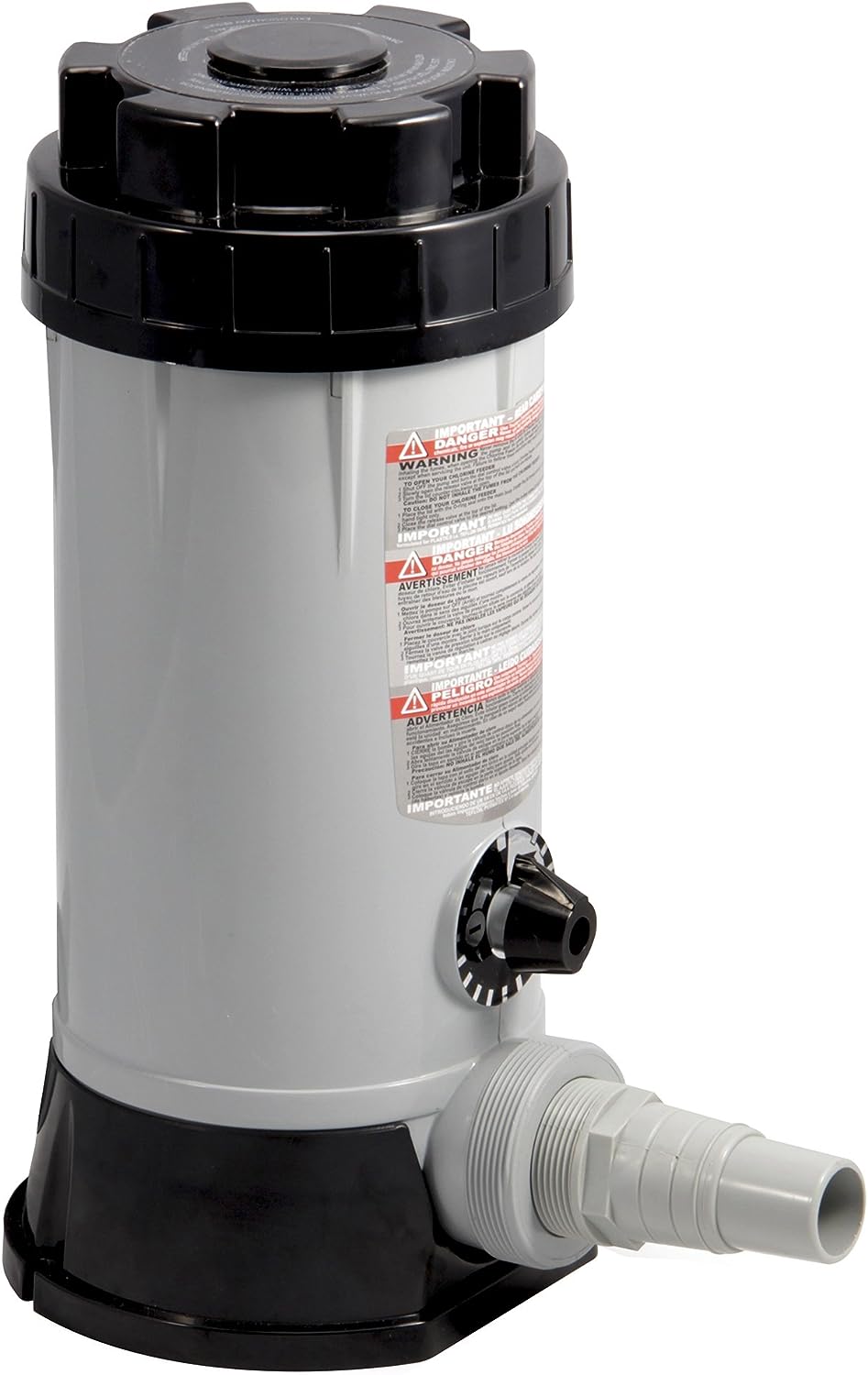 This inline automatic chlorinator works perfectly for in-ground or above ground pools. It accepts sticks, 1-inch or 3-inch tablets into its enlarge 9 lb. capacity tank. Regulate the speed at which the tablets dissolve, depending on your pool's chlorine demand. Constructed of heavy duty resin, this unit comes with the unions and pipe fittings necessary to connect to 1-1/2 in. plumbing. Designed to be installed inline.